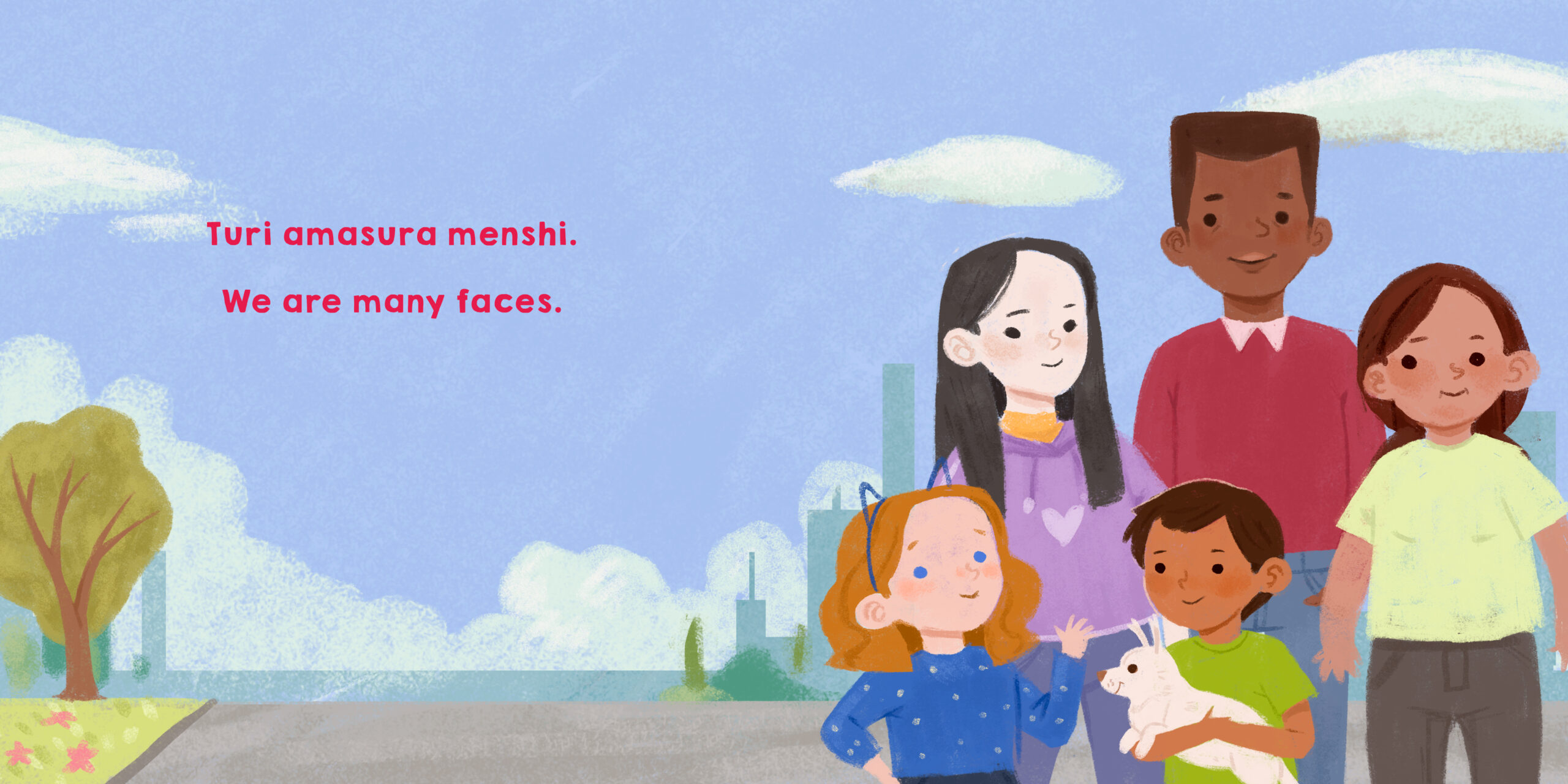 Inspired by World Kit Lit Month, the annual celebration of world literature for children and young adults, use the month of September to travel the world and explore other cultures through literature, food, games, and more!

END_OF_DOCUMENT_TOKEN_TO_BE_REPLACED

Check out our new bilingual offering for older language learners, perfect for the new school year!

END_OF_DOCUMENT_TOKEN_TO_BE_REPLACED 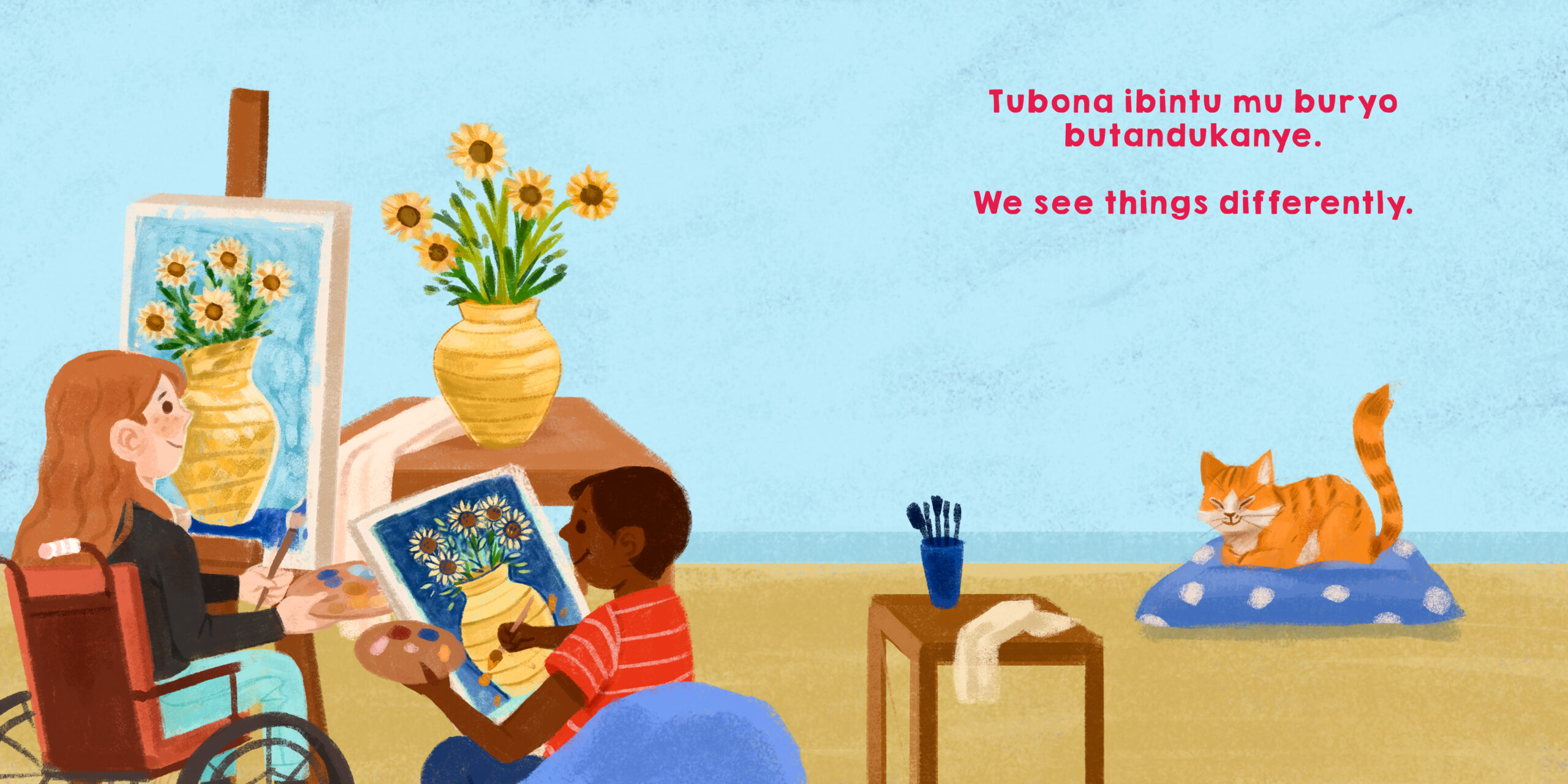 Today we feature the Kinyarwanda language! We have gathered some background information and interesting facts about the language. We also have information on our newest bilingual children’s books now available in Kinyarwanda.

END_OF_DOCUMENT_TOKEN_TO_BE_REPLACED 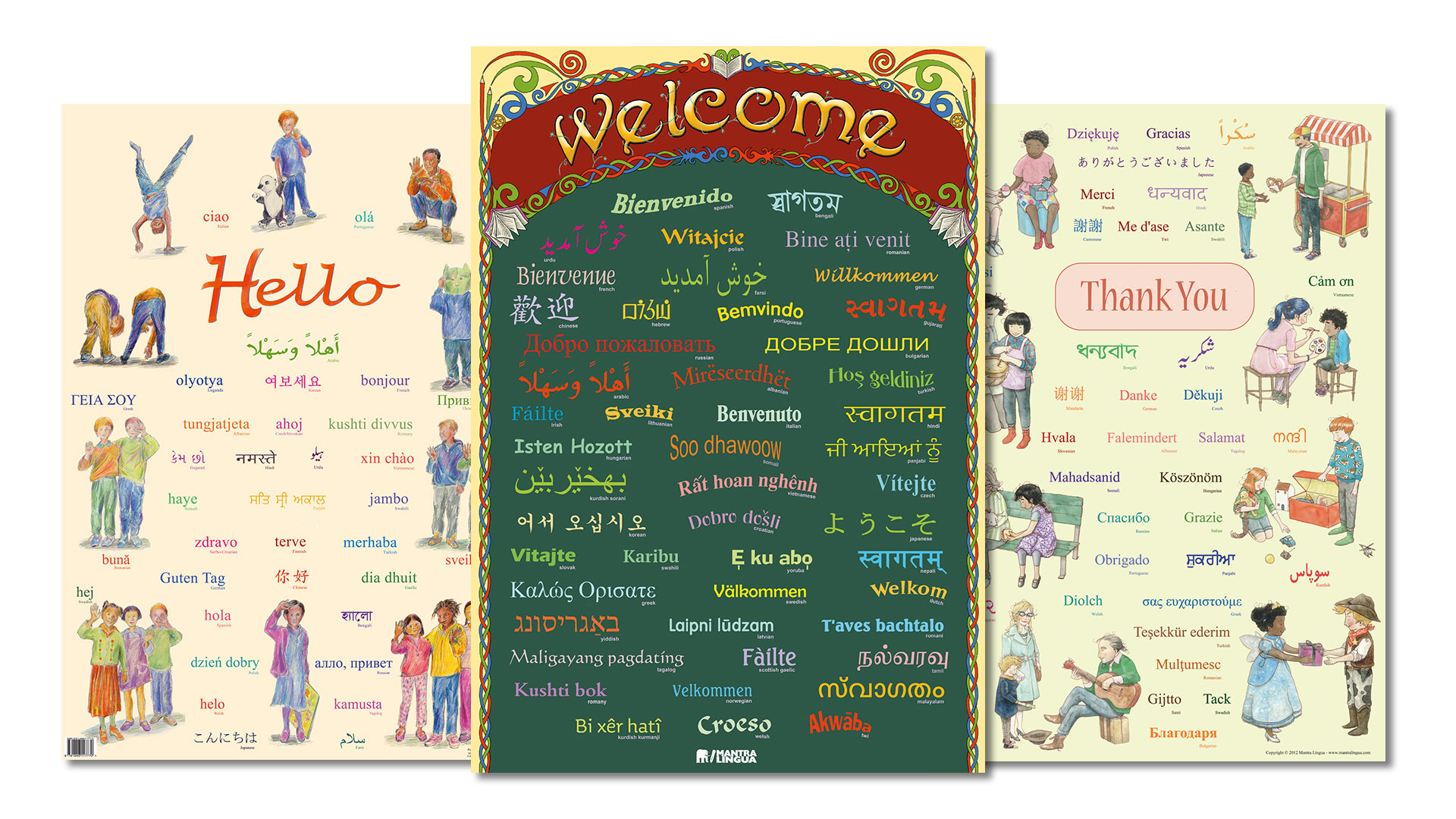 This year, Language Lizard looks back at where we have been in order to understand how we can support our bilingual students right now. Today, we will talk about how you can prepare your classroom for bilingual students and reimagine their education beyond modern crises. END_OF_DOCUMENT_TOKEN_TO_BE_REPLACED

Language Lizard is partnering with World Kid Lit to talk about world literature for young readers. This collective of volunteers is dedicated to sharing fiction and nonfiction from aroun the world! Today, we’ll talk about why that is so important. END_OF_DOCUMENT_TOKEN_TO_BE_REPLACED 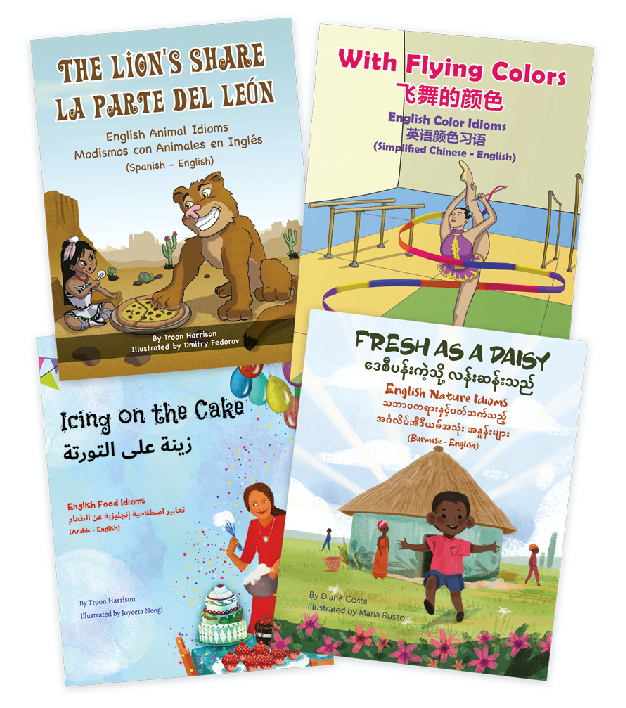 Let’s look at the challenges that children with autism spectrum disorder (ASD) experience when trying to learn figurative language. More specifically, we will look at how Language Lizard’s Idiom Series can support these young learners! END_OF_DOCUMENT_TOKEN_TO_BE_REPLACED 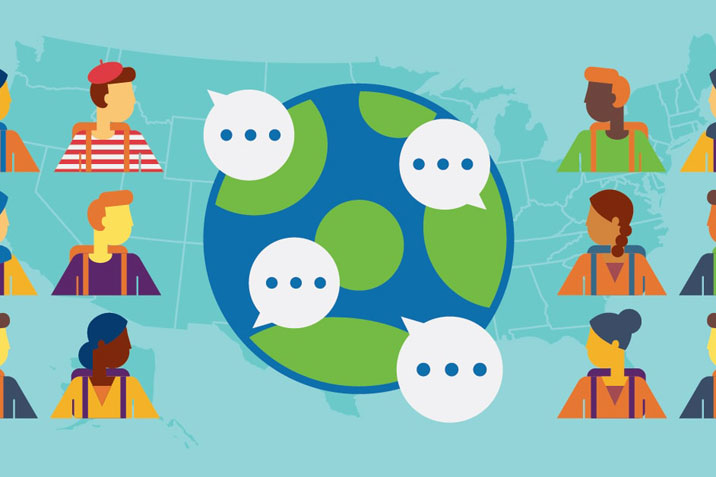 The US is a country of many languages. In public schools, about 10 percent (4.5 million) of all kids are English Language Learners (ELLs). Of those ELLs, Spanish is the first language of about 71 percent, but there are hundreds of different languages spoken in US schools. Any one school can have a dozen or more languages spoken by its students.

American schools typically offer five categories of English language programs. The programs offered at any given school or district depend on school demographics, student characteristics, and available resources.  The US Department of Education provides resources to educators working with ELL and foreign born students, such as the Newcomer Toolkit.

Check out the graphic below to learn more about ELL learning in the US.  To find diverse children’s books in many languages to support literacy among ELLs, feel free to browse the Language Lizard website.

For my husband, our two young girls and myself, reading a bedtime story together is a much-loved nightly ritual. On our busiest days, it’s our first opportunity to sit down with a single purpose and no distractions. My husband is the official story reader in our family. He has patience (that I lack) with even the longest, most repetitive children’s books. The girls sit still, listen with rapt attention, and gaze up at him with eyes full of love and admiration.

In our household, we all speak and read in English. It’s a commonality that’s easy to take for granted. It means story time is an experience shared equally by everyone. The family I grew up in was different: my parents and older sisters were Korean immigrants, and I was born in the US. They all spoke and read in Korean, and I almost entirely in English. My father and I had a nightly story time routine too, and I remember very clearly the last book he ever read to me.

My father was born and raised in a small town in South Korea. He served a mandatory time in the military, married young, and eventually emigrated to the US with his wife and young daughters, knowing no English whatsoever. Once here, he picked up the language quickly while working at a doughnut shop, where he biked to and fro each day. One night at work, he was held up at gunpoint, and he decided to make a big change: He opened a business installing windows, a skill he had learned as a young man in Korea. We were lucky – the new business grew fast. But that meant he worked very long, stressful hours. By the time he got home at night, he was so exhausted he only paused briefly to eat dinner before going to bed.

I got into the habit of waiting by the front door as soon as my mother started making his dinner. That way, as soon as he walked in, I could pounce on him with a book in hand. Although my father had very impressive verbal English skills, his reading skills were very basic. Still, he would sit and read to me, and it was the few precious moments we spent together each day.

One evening, when I was 5, he came home from work and we sat down right in the entryway, just like always. He opened the book and read the first line: “We like worms!” he said, his English heavily accented. “Not worms, Daddy!” I interrupted. “It says ‘rhymes!’ Why would they like worms?” I doubled over with laughter. I found it hilarious that my dad, the most grown-up person I knew, someone I thought was invincible, didn’t know the word “rhymes.” What was even funnier to me was the fact that we had read that book a hundred times before, and I had thought all along it was a story about worms. I laughed so hard, I didn’t immediately realize that he wasn’t laughing with me. The emotion on his face was so clear, I knew without a doubt I had embarrassed him. It must have been humiliating to be corrected and laughed at by his preschooler. He handed me the book, shrugged, and said it looked like I didn’t need his help anymore.

We never attempted story time after that. Partly because of my father’s embarrassment, but also because I had lost respect for him. I naively thought that if I could read better than he could, I must be smarter than him. Who knows, maybe on some level he thought the same thing. It didn’t occur to me then that his ability to read in English was not a true measure of his intelligence. We never tried reading a book in Korean. I think if we had, I would’ve realized right away how silly my assumption was.

It wasn’t until I was grown with kids of my own, years after his passing, that I realized the enormity of my father’s life. The amount of bravery it must have taken for him to leave his home country. The level of intelligence it must have taken to pick up a new language, and then grow a successful business from scratch. My dad came from such humble beginnings, but managed to achieve so much in his life.

Thirty years after that last story, and 10 years after his passing, I often think about all the knowledge, experience and wisdom my dad must have carried with him. I wish I had given him a chance to hand it down to me. Because we didn’t share a written language, and had no means to bridge that gap, we missed out on a lifetime of knowing each other.

Tonight, as I sat with my husband while he read to the girls, I thought about how lucky we are. Lucky to be able to share bedtime stories, but also lucky to live in a time and place where foreign language is no longer seen as a detriment, but a great asset. Parents don’t have to give up their home language for fear of hindering their kids’ development. Languages can mix, intermingle and live in harmony in the same household. Parents and kids can meet somewhere in the middle, and share bedtime stories that lead to life stories that lead to a lifetime of family togetherness.

Do you have more than one language in your home? Tell us your thoughts and experiences by commenting below.

“[Here] is what reading is all about: yes, it will make kids smarter and give them a better start in life than non-readers, but for me that’s not the point. The point is that reading is fun…”

This is a quote from a recent article in British newspaper The Guardian by Charlie Higson, author of a variety of YA fiction including the Young James Bond series. Sure, as a writer he might have a vested interest in promoting reading, but there is no denying the inherent truth of what he is saying. To get kids to read, and keep reading, particularly over the long summer months, it must be a pleasurable experience. This is definitely the point that we need to get across to children now that the sound of the school bell has faded and it seems like forever before the leaves start to turn and they’re back at their desks. Summer is for having fun, and that includes reading!

Many families, teachers, and librarians worry about the summer learning slide, and with good reason. A study done by Reading Rockets found that for “116 first, second, and third graders in a school in a middle class neighborhood …the decoding skills of nearly 45% of the participants and the fluency skills of 25% declined between May and September.” Attention clearly needs to paid to reading over summer vacation if we are to combat this trend.

Here are some tips to help your children and students use bilingual books for having fun and improving their reading skills before September:

There are also a variety of folktales and stories from around the world available in bilingual editions (English and another language text on the same page), so children who speak a different home language can also find stories that are familiar to them. A group of parents who want to encourage their children to become bilingual readers could find a set of books to swap throughout the summer, so no-one gets bored!

At school, children are used to discussing books. The question-and-answer structure will be familiar to them and therefore allow them to feel more comfortable and take more risks speaking their new language. Simple discussions about feelings and plot are great tools to help embed new vocabulary: “How does the explorer feel about the animals at the end of the book? What has changed?” “What were your favorite plants that you saw in the drawings?” See if you can get your children to answer in both languages. They’ll feel more involved in what they’ve read and excited to continue their literary journey!

Are you a librarian? For you, summer is a great time to reach out to the community and welcome ELLs into your stacks. As Robertson writes, many families are unaware of the great summer reading programs and bilingual resources you offer – so get some flyers translated and start sticking them up around town!

…And here’s a list of other great ways librarians are improving literacy for ELLs all over the country: http://www.languagelizard.com/newsarticle8.htm

Summer is such a perfect opportunity to show kids how much fun bilingual reading can be. How are you planning to use bilingual books to prepare your kids for the exciting year ahead at school?

For more ideas about summer literacy, check out the following Language Lizard blogs: 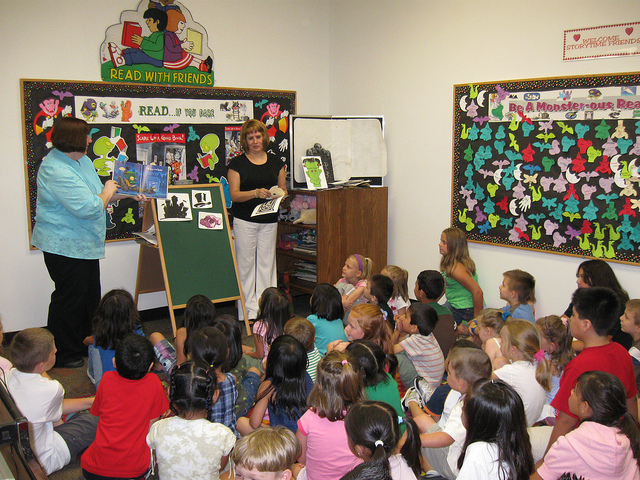 The elements of a successful storytime are essential: A book with a great storyline, captivating pictures and an energetic presenter who is willing to act out the parts.  Poor stories, illustration or delivery can disappoint children who were hoping to be swept away.

In many places around the world, bilingual storytimes are becoming extremely popular. In addition to the basic criteria listed above, presenters must be attentive to the language mix of the target audience. Some storytimes are only in one language (e.g. Spanish or Chinese) while others have a more bilingual approach (e.g. using both English and Spanish during the same storytime). While some storytimes are intended to support the home language, others are focused on helping students learn a new language.

Here are 5 different types of storytimes that you might find in your school or community: END_OF_DOCUMENT_TOKEN_TO_BE_REPLACED