Language Lizard has two new books that are perfect for dual-language newcomers, as well as some recommended online resources to help educators build culturally responsive classrooms.

Classrooms are becoming increasingly diverse. Teachers want to foster a safe and inclusive environment for all students, including new immigrant students. These newcomers face many challenges when adapting to a new life in the US: culture shock, making friends, and learning a new language, just to name a few.

END_OF_DOCUMENT_TOKEN_TO_BE_REPLACED

Libraries around the country are stepping in to support immigrant families. Some are new arrivals, navigating the immigration system. Others have undocumented family members who are facing possible enforcement actions. Here, we offer some suggestions you can give your local library, so they can offer assistance to these families during an extremely vulnerable period of their lives.

END_OF_DOCUMENT_TOKEN_TO_BE_REPLACED 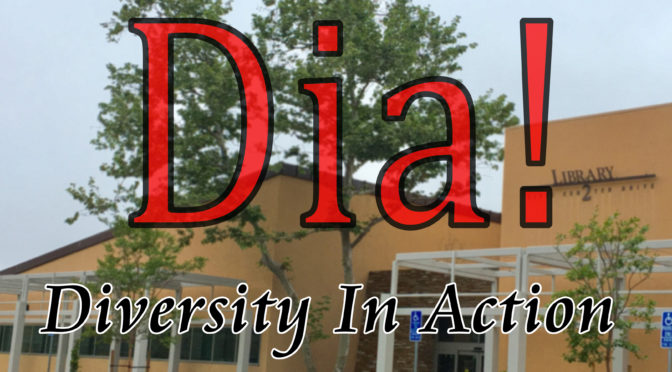 April 30th of each year is the culmination of Dia! Diversity in Action.

END_OF_DOCUMENT_TOKEN_TO_BE_REPLACED 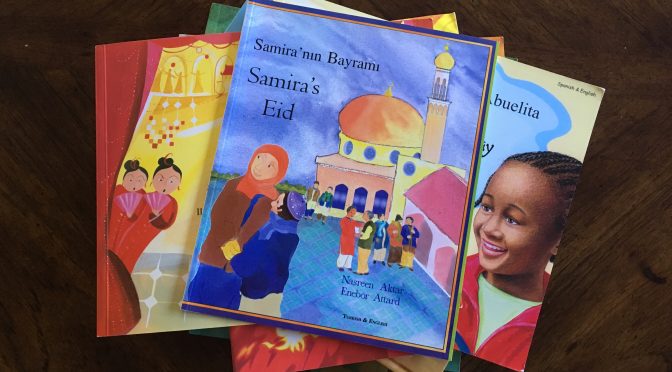 April is a great month for book lovers! Not only do we have Drop Everything And Read (D.E.A.R.) Day, there’s also National Library Week and a whole host of reading-related holidays that celebrate books, poems and libraries.

END_OF_DOCUMENT_TOKEN_TO_BE_REPLACED 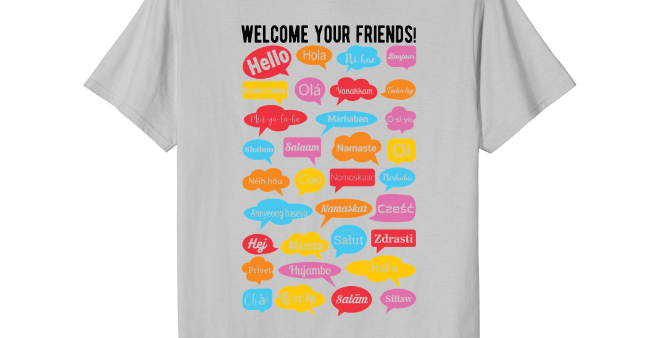 Spring is a great time to celebrate the outstanding educators and language learners in your life!

Teacher Appreciation Week is May 7-11. It’s the perfect opportunity to say “thank you” to the teachers and school staff that work tirelessly to make a difference in our children’s lives. END_OF_DOCUMENT_TOKEN_TO_BE_REPLACED 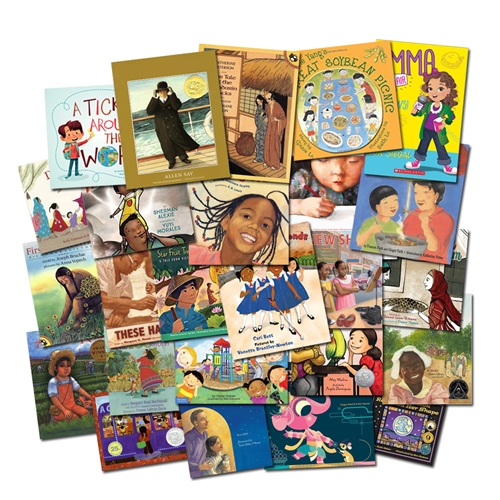 Searching around for a really special gift for multicultural families and teachers working in diverse communities? Check out our new, exclusive collection of 25 of the best multicultural books for grades 1-3 that celebrate diversity and teach children about different cultures. (Note: Additional sets targeted to Pre-K through K, and to grades 3-5, are also available on the Language Lizard site.) END_OF_DOCUMENT_TOKEN_TO_BE_REPLACED 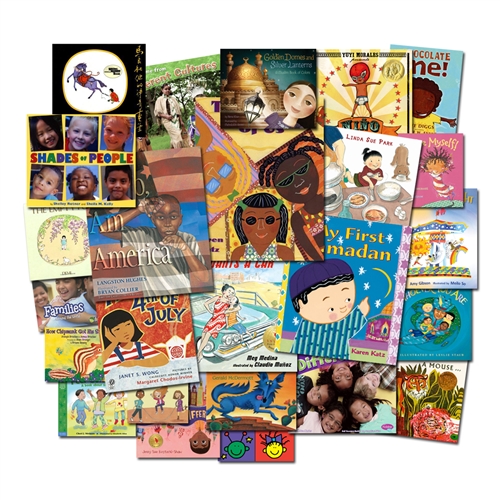 Language Lizard is thrilled to offer a new, exclusive collection of must-read multicultural books for preschool and kindergarten children! This set of books gives you an instant, award-winning library of diverse books for your classroom or home. No need to search around! We’ve selected 25 of our favorite multicultural stories that expose children to cultural and ethnic diversity and celebrate differences.

The books portray children from various backgrounds, including African American, Hispanic, Middle-Eastern, Asian and Native American. The set includes stories related to the immigrant experience, books that help children embrace their unique heritage, and folktales from around the world.

The entertaining and well-reviewed stories help students appreciate diversity and build community with those around them. Children in diverse classrooms will build self esteem as they read/hear books in which their culture or ethnicity is represented. (Note: All books in this set are in English. Educators looking for bilingual multicultural books, click here or visit Language Lizard’s language-specific pages.)

Stories Included in the Collection

Just a Few Reviews of the Books in this Collection

Language Lizard is excited to offer new sets of Multicultural Books in English. They are a great way to introduce kids to new cultures and traditions, and to celebrate diversity in the classroom and at home. 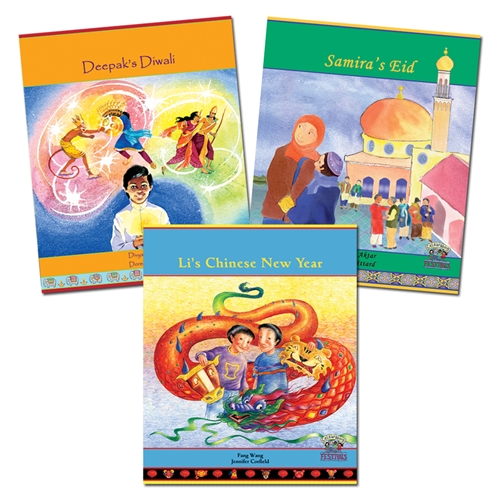 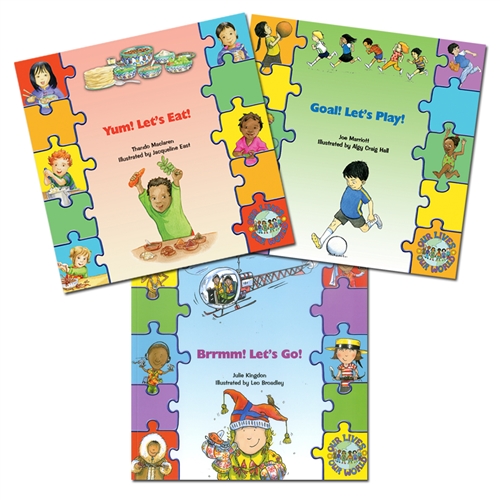 Our set of Children’s Books About Diversity: Food, Games, Transportation takes kids on a trip around the world, exploring the rich diversity of children’s lives. Kids will learn about exotic dishes, different games children play and the ways people get around in different countries.

Please note that in addition to these English sets, we continue to offer bilingual multicultural books in 50+ languages! Readers can easily search by language on our site to find the right books in their languages of interest.

It’s that time of year again – summer is winding down, and school is back in session! Language Lizard is offering a new set of colorful mugs that celebrate cultural diversity and the love of languages – perfect for educators, students and parents alike! 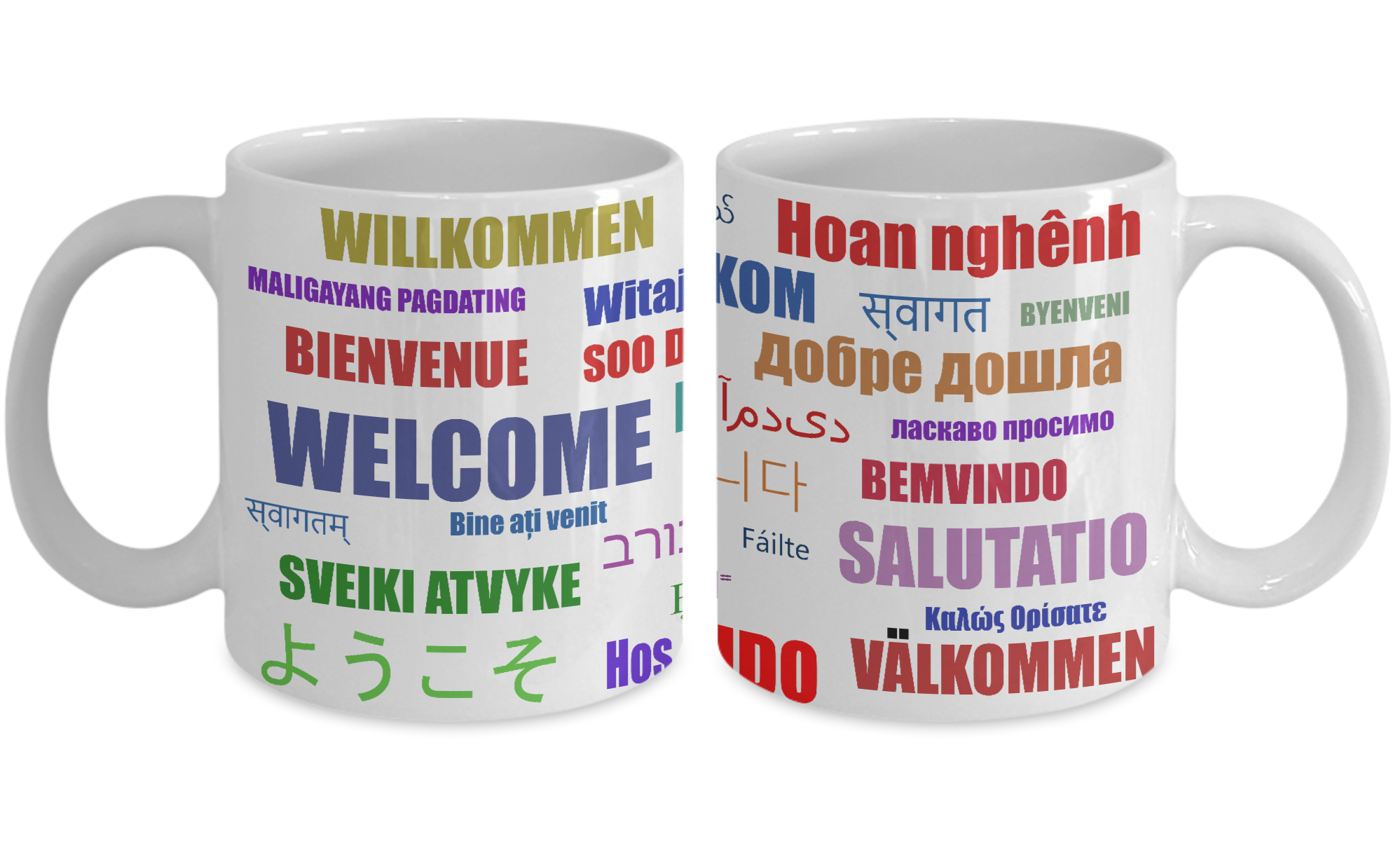 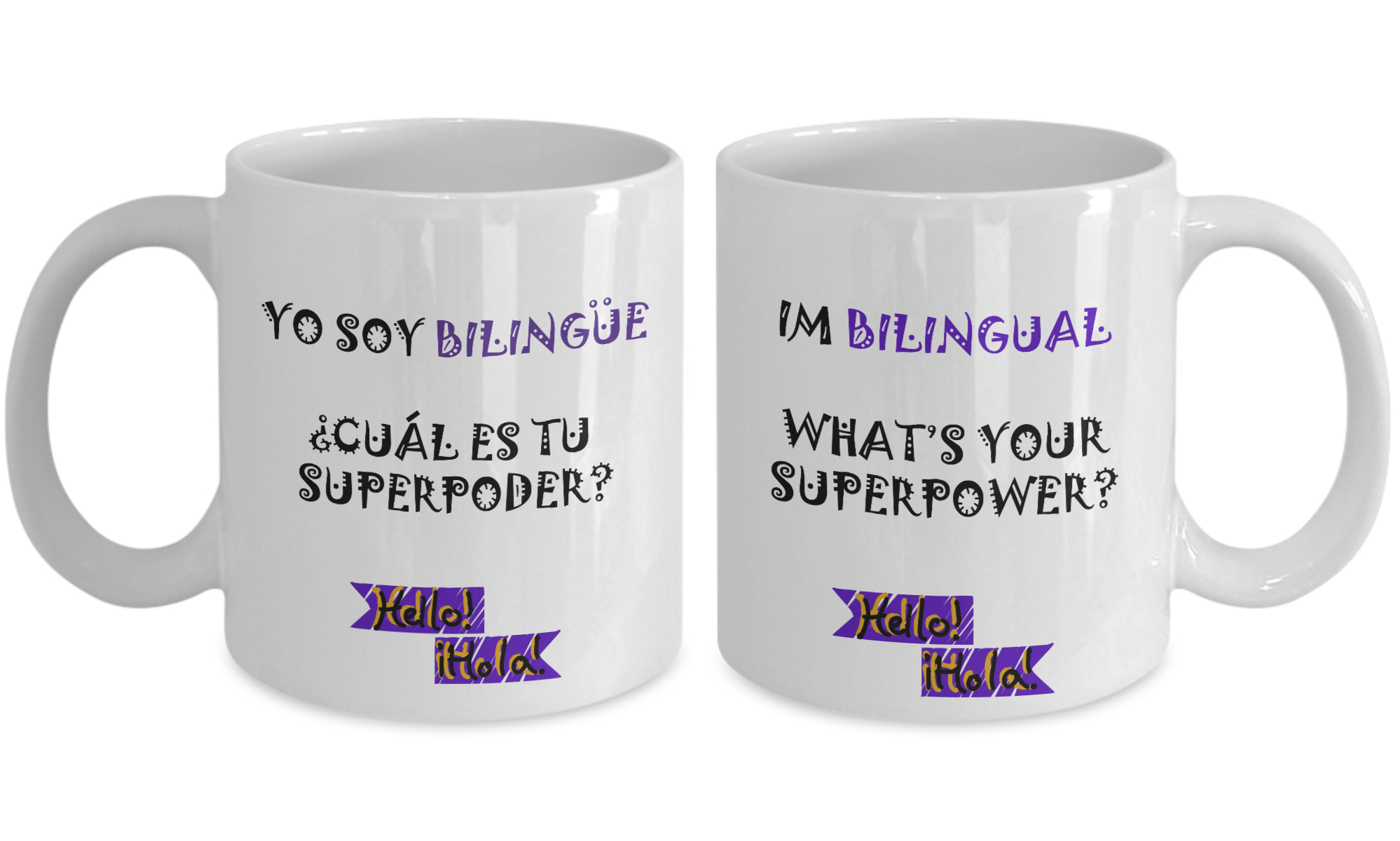 Learning a new language takes dedication and a lot of hard work! Let the world know about your bilingual superpower! A great gift for students and teachers that encourages and promotes language learning. English-only edition of this mug is also available.

“We All Smile in the Same Language” 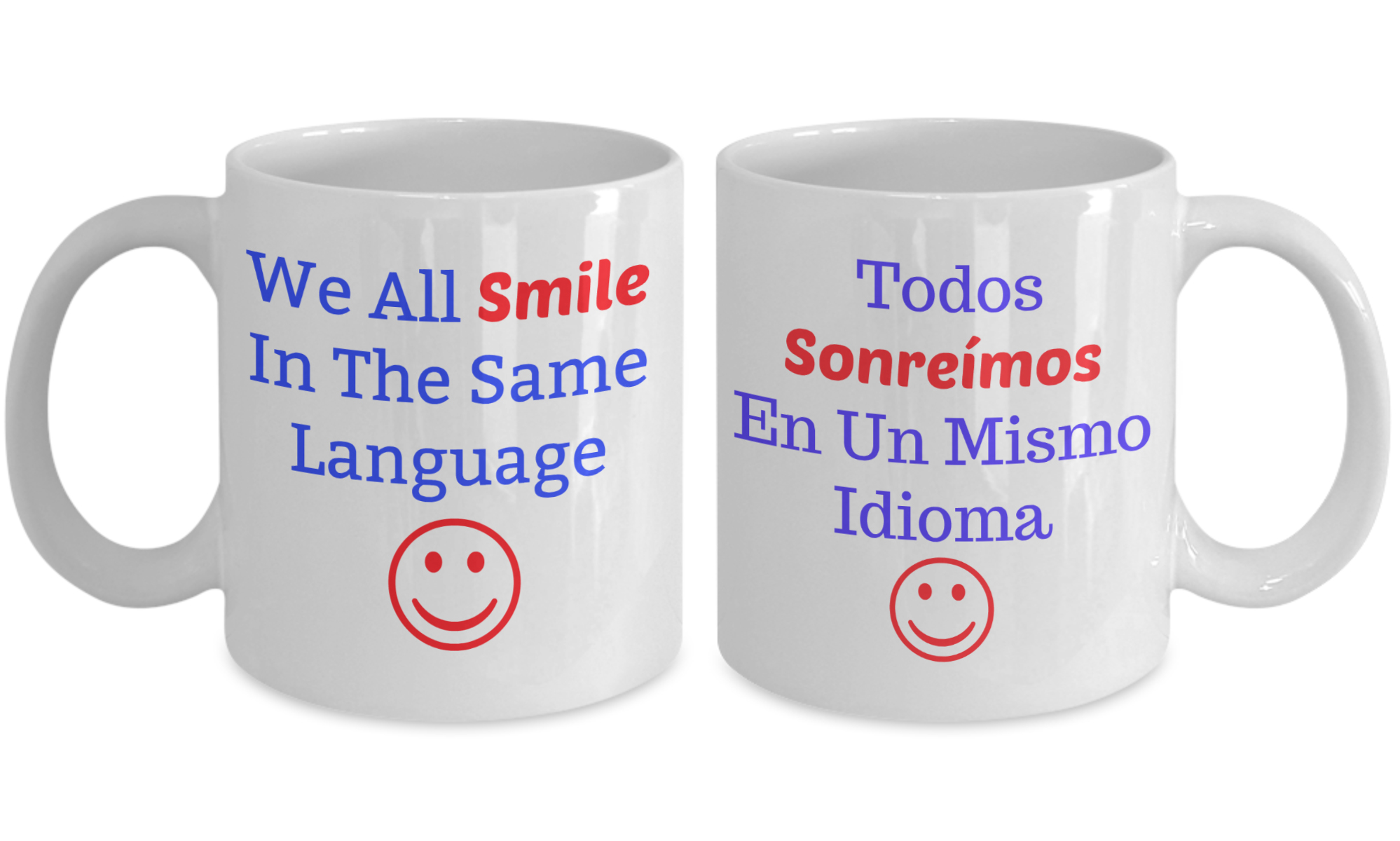 Our “We all smile in the same language” bilingual mug has English on one side and Spanish on the other (English-only mug also available). A fun way to celebrate diversity and inclusion while enjoying your favorite beverage.

All mugs are 11oz  and microwave safe. Happy sipping! 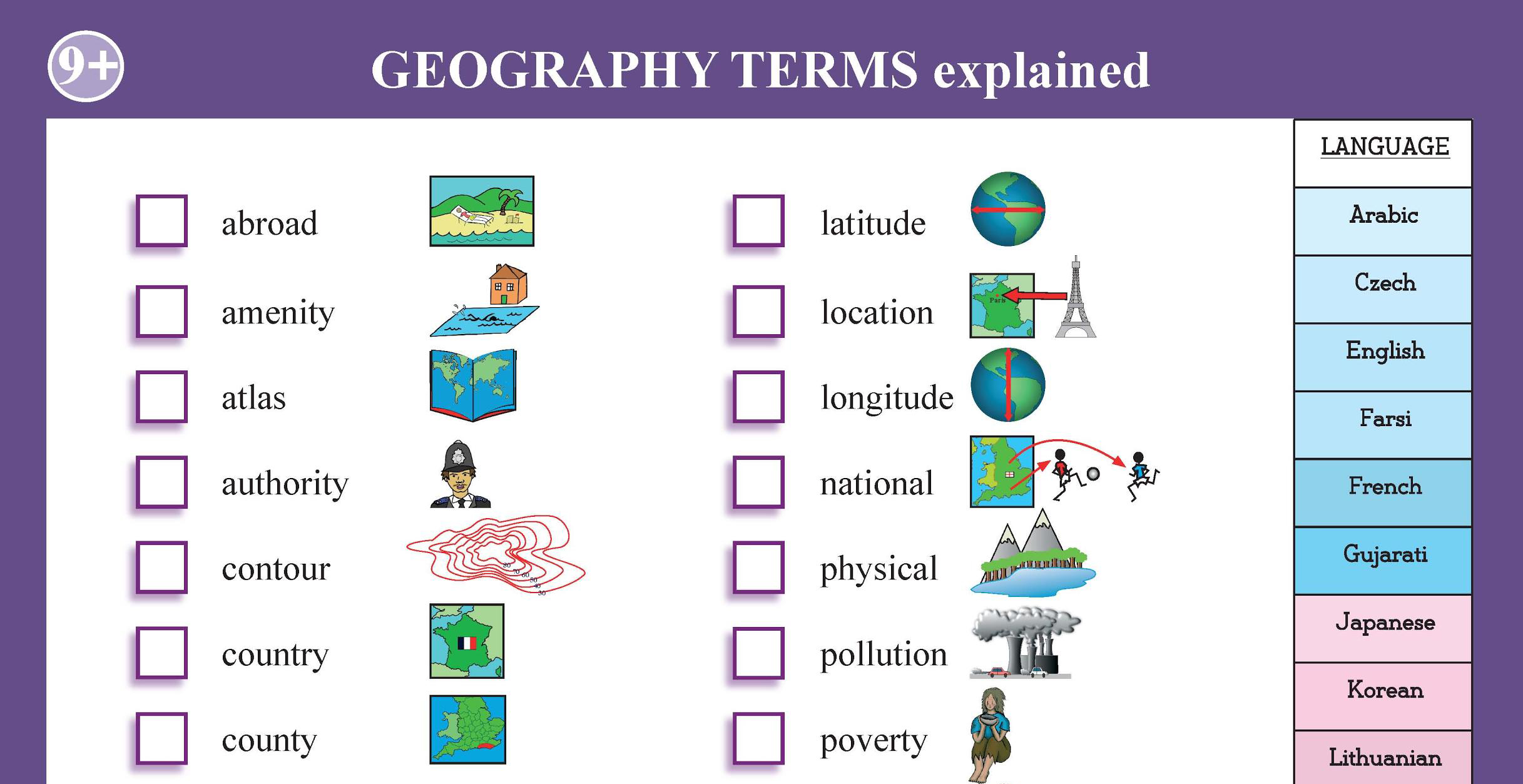 These charts are invaluable resources for teachers who support a linguistically diverse student body. Using these charts with the PENpal Audio Recorder Pen, newcomers and English Language Learners (ELLs) can hear key terms explained in their native languages, allowing for a better understanding of subject matter content.

Students simply select the language that they want to hear from the right side of the chart with the PENpal, and then tap a subject term to hear an explanation of the word in the selected language. Teachers and students can also use “talking labels” (recordable stickers) to add their own recordings of additional information to the chart.

There are four new Talking Charts, and they can be purchased separately or in a value pack of 4 Multilingual Charts. 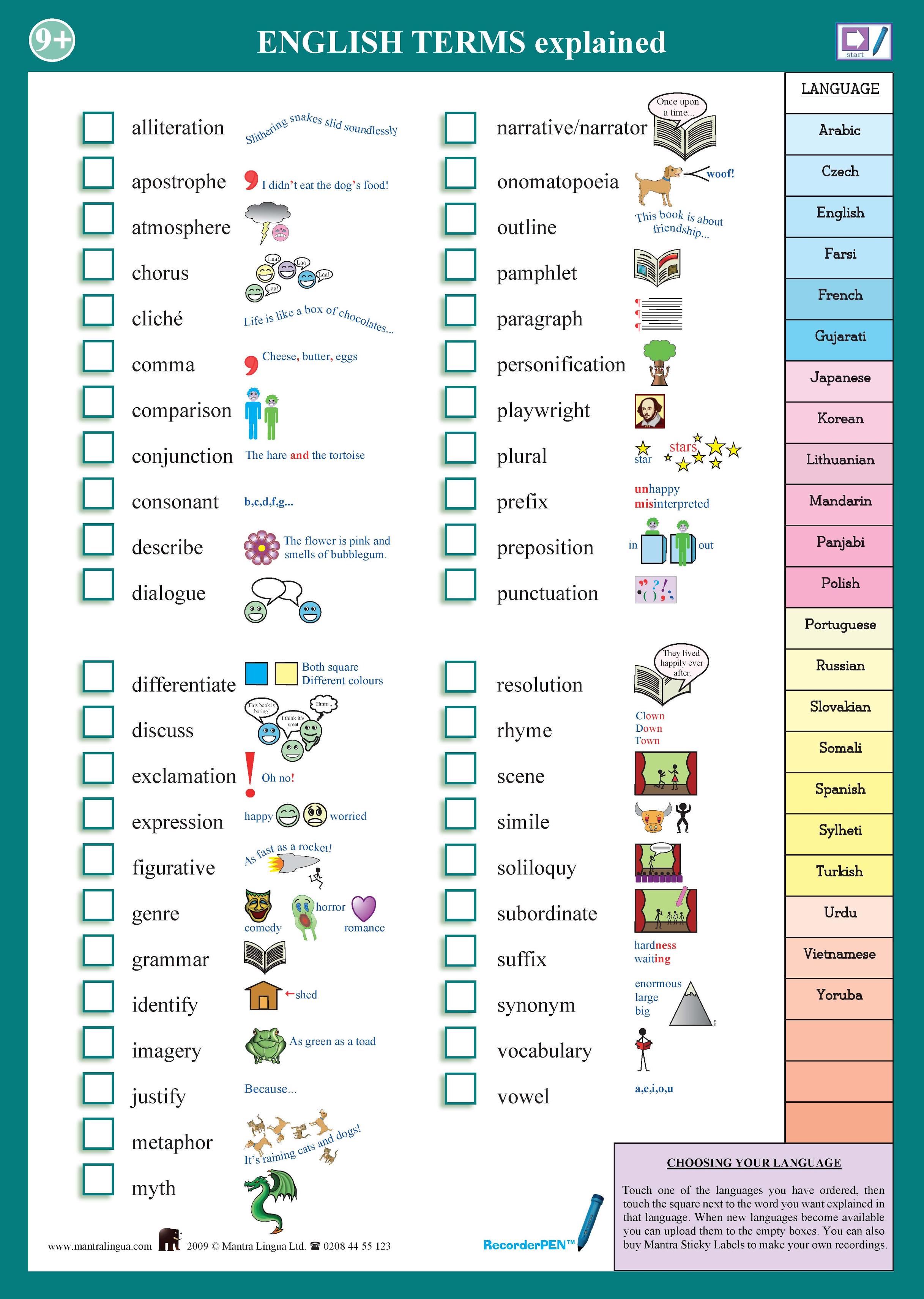 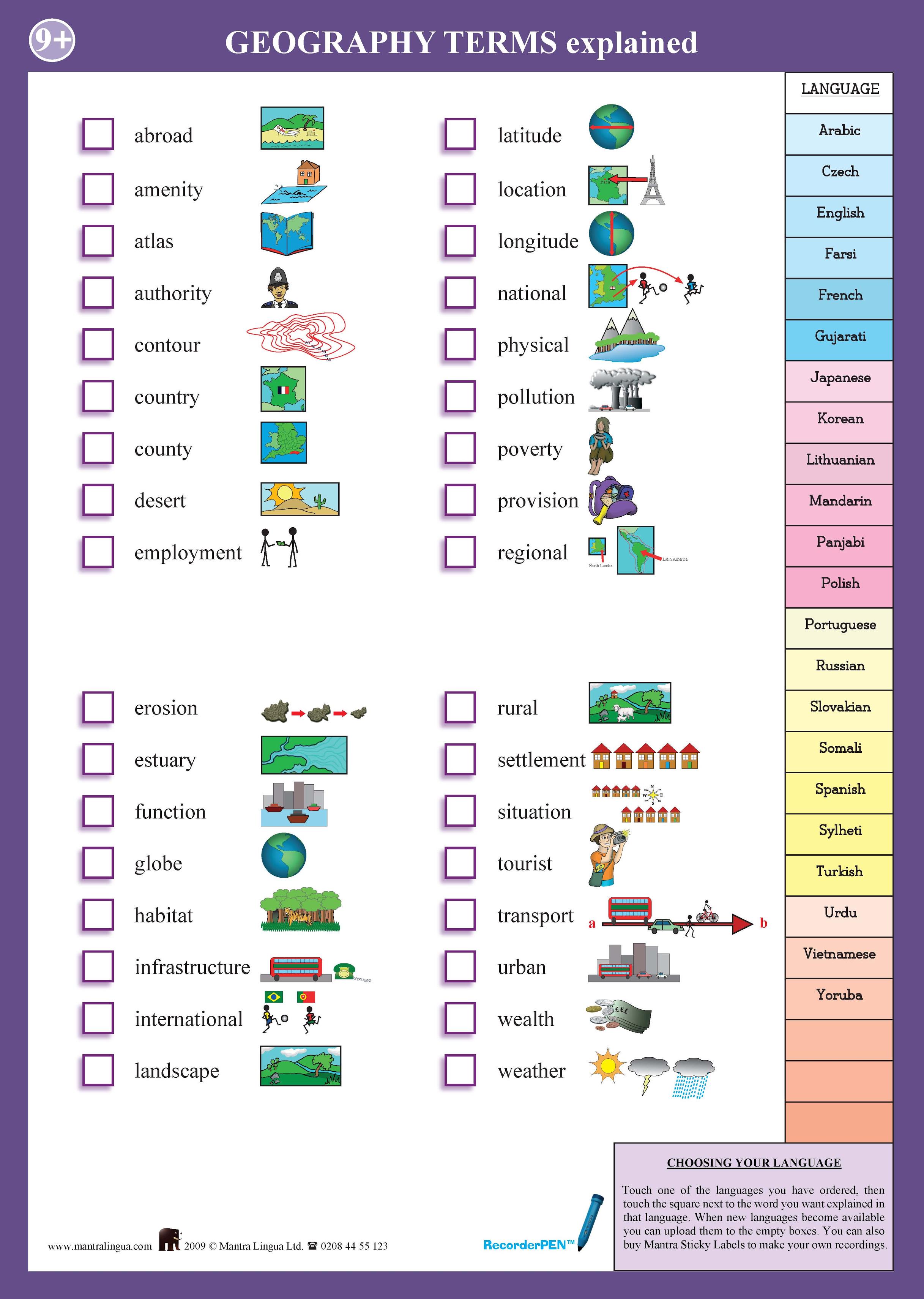 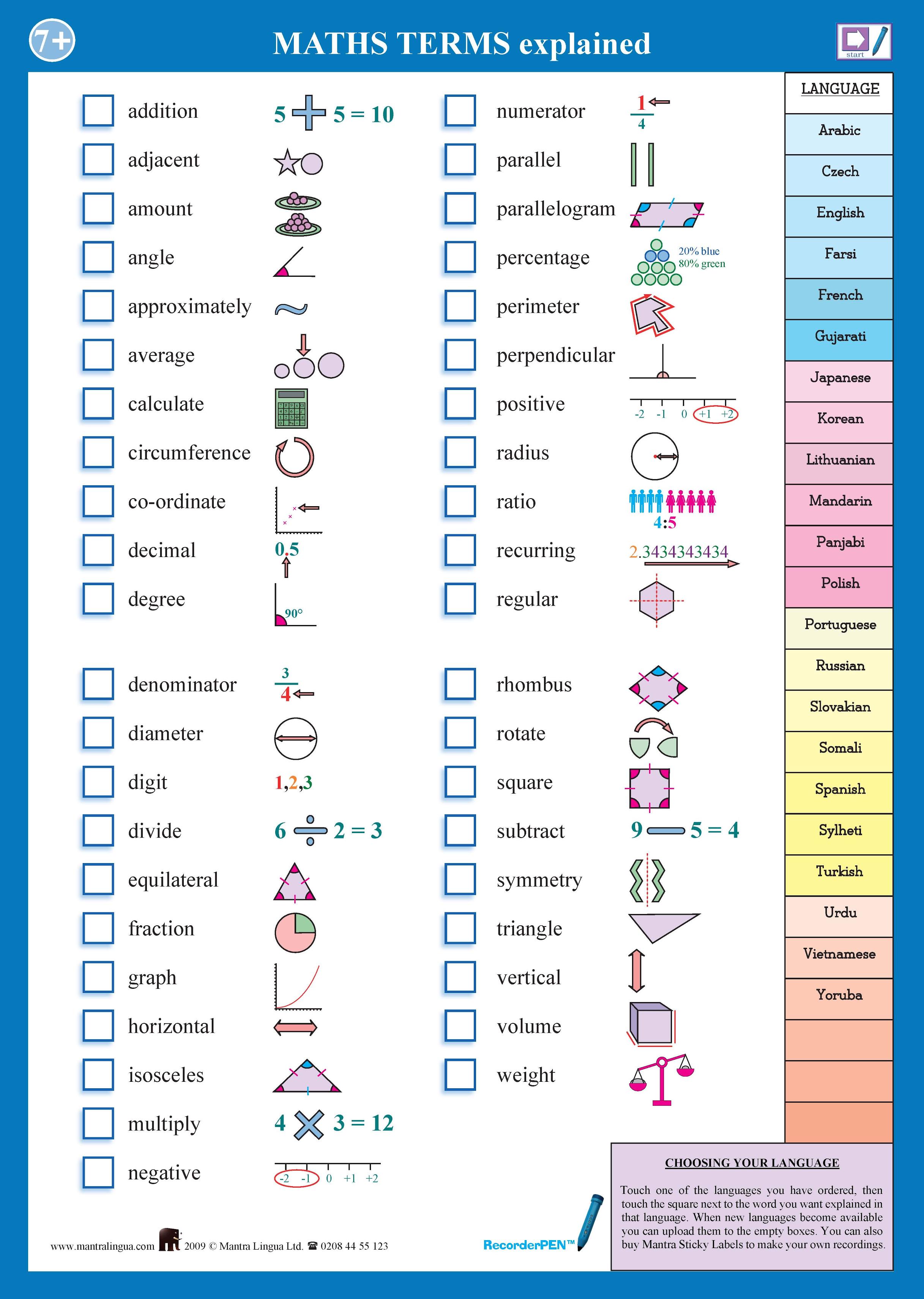 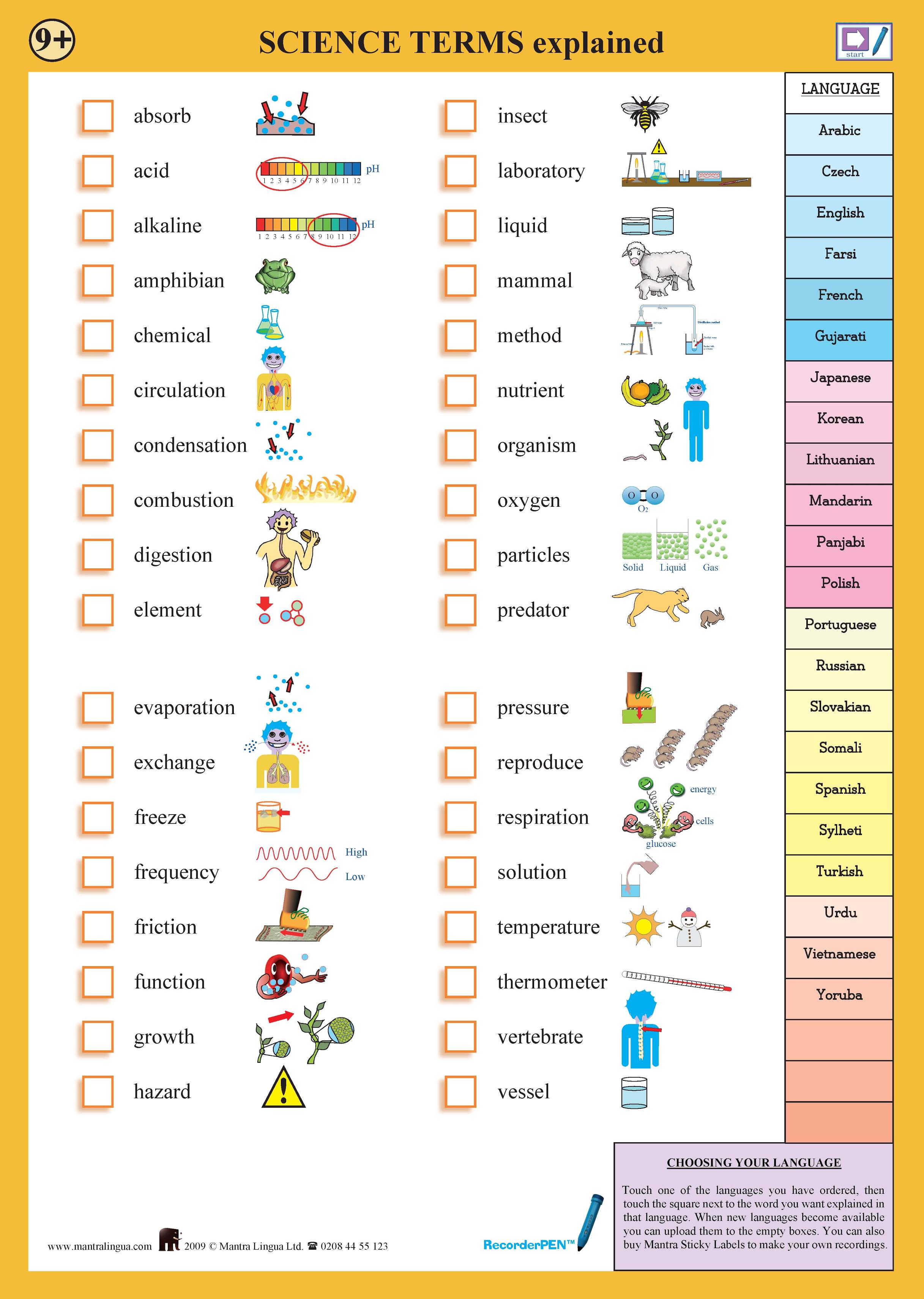 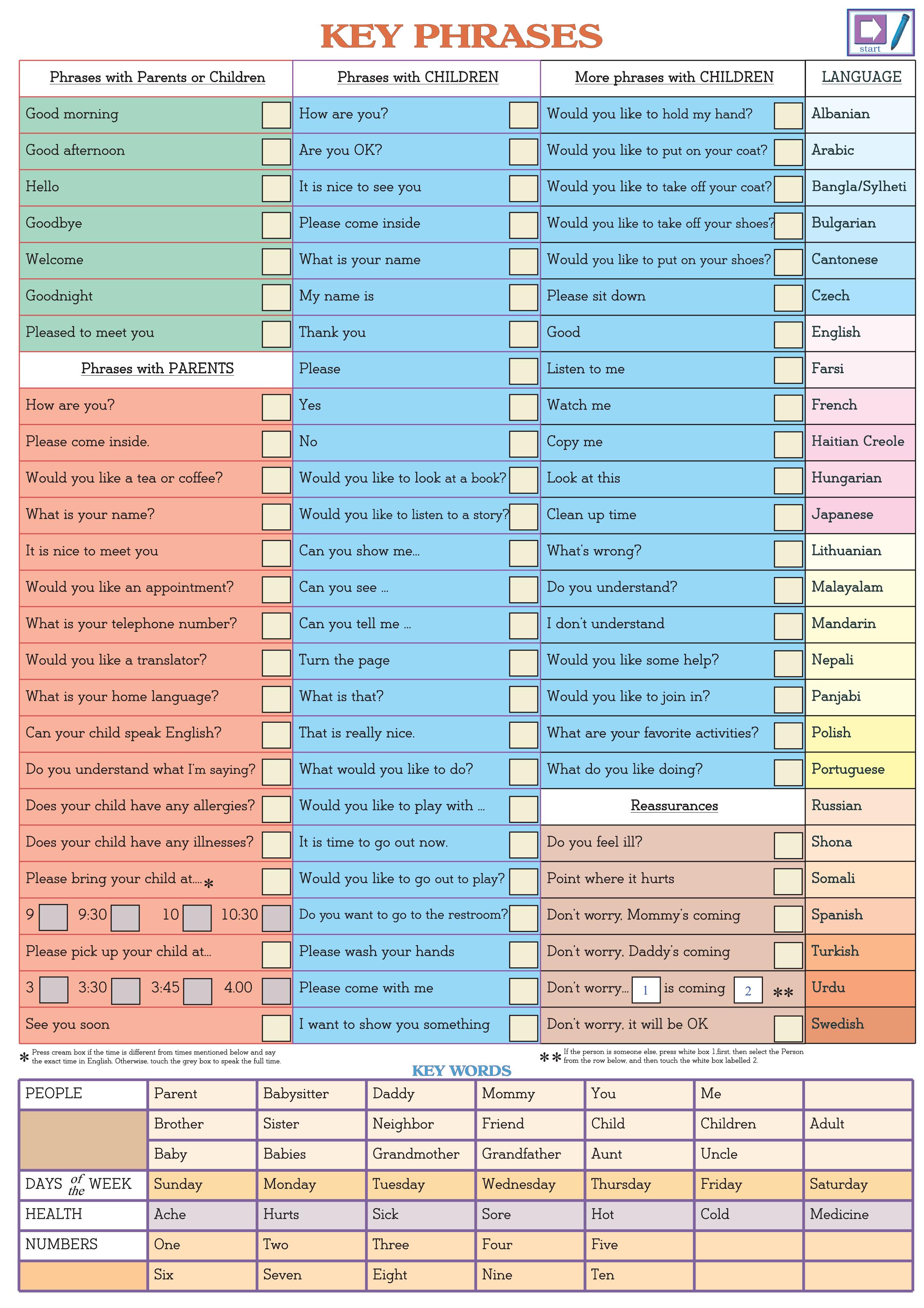 These new charts work alongside our popular Multilingual Phrases for School Talking Chart which allows teachers and administrators to communicate more easily with student language learners as well as parents who do not speak English well.

You can get more detailed information on these multilingual “talking” charts, and also check out all of our PENpal products and literacy value sets.