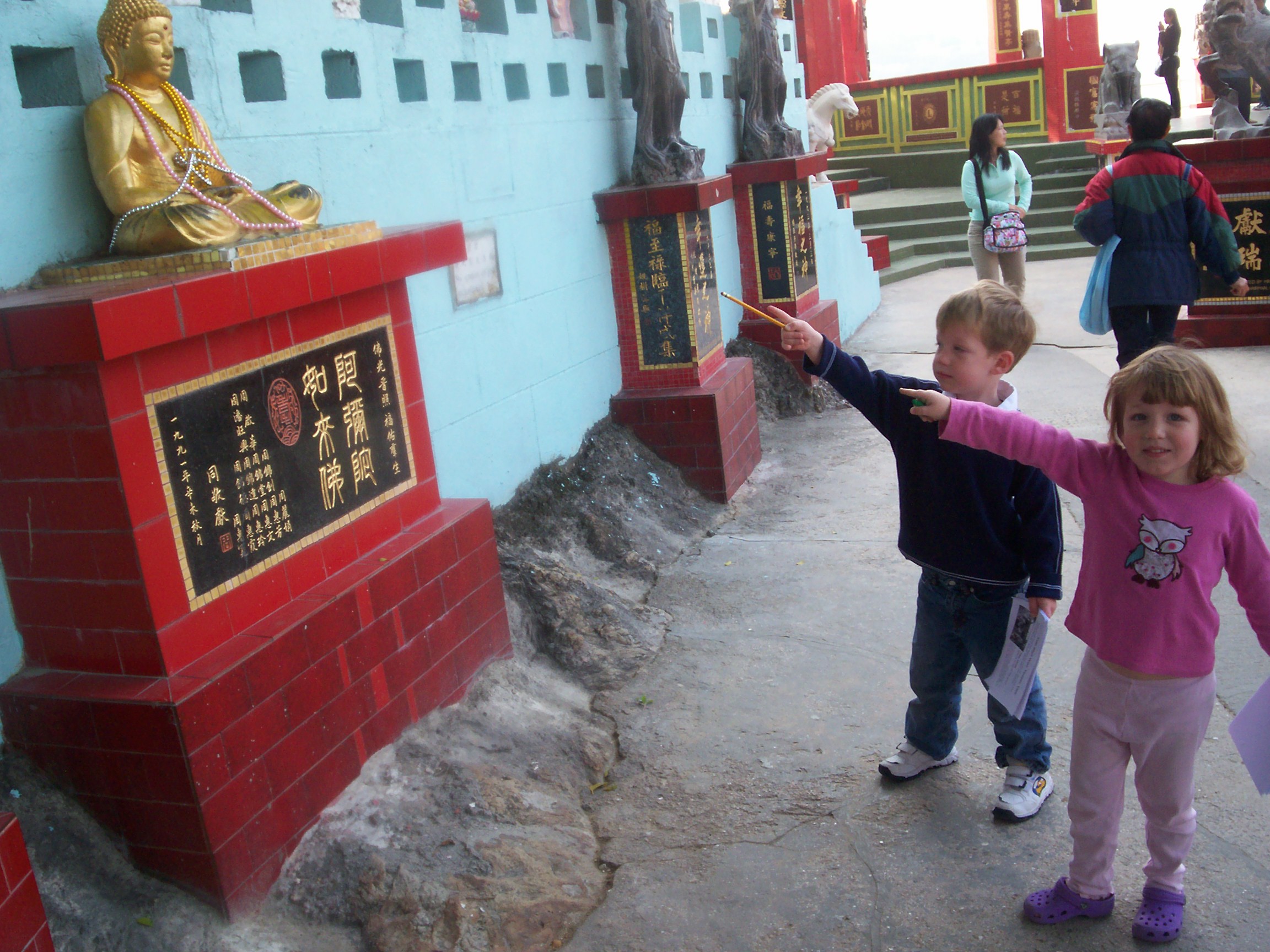 A firsthand account of raising expat kids in Hong Kong by Albie Ashbrook.

These days I am a librarian in northern New Jersey, with three children in college. But before this stage of life, our family lived all over the world with our children attending international schools and moving every couple of years. While we always spoke English at home and the kids’ primary language at school was English, all our kids studied multiple other languages at school every day, and we tried to incorporate cultural awareness into our daily life.

In Hong Kong, our first overseas post with all three kids, our children studied Chinese at school and heard a bit of Cantonese around town. (Everyone can still recite our address, as if to a taxi driver, in Cantonese!) Our school had daily Chinese classes, and we were told the kids should have about one hour of Chinese homework each night. Naturally, we went to the library and checked out the equivalent of baby board books with pinyin (pronunciation) next to Chinese characters. We also checked out DVDs of a BBC series called Muzzy for language instruction. We bought familiar board games in Chinese. Lots of options, lots of play, and lots of daily use.

We also labeled things in our apartment in Chinese: the door, the refrigerator, and the wall. I distinctly remember putting up and taking down a label on the window. Why? We lived on the 22nd floor of a high-rise apartment building, and I didn’t want to draw the kids to the windows any more than they already were! 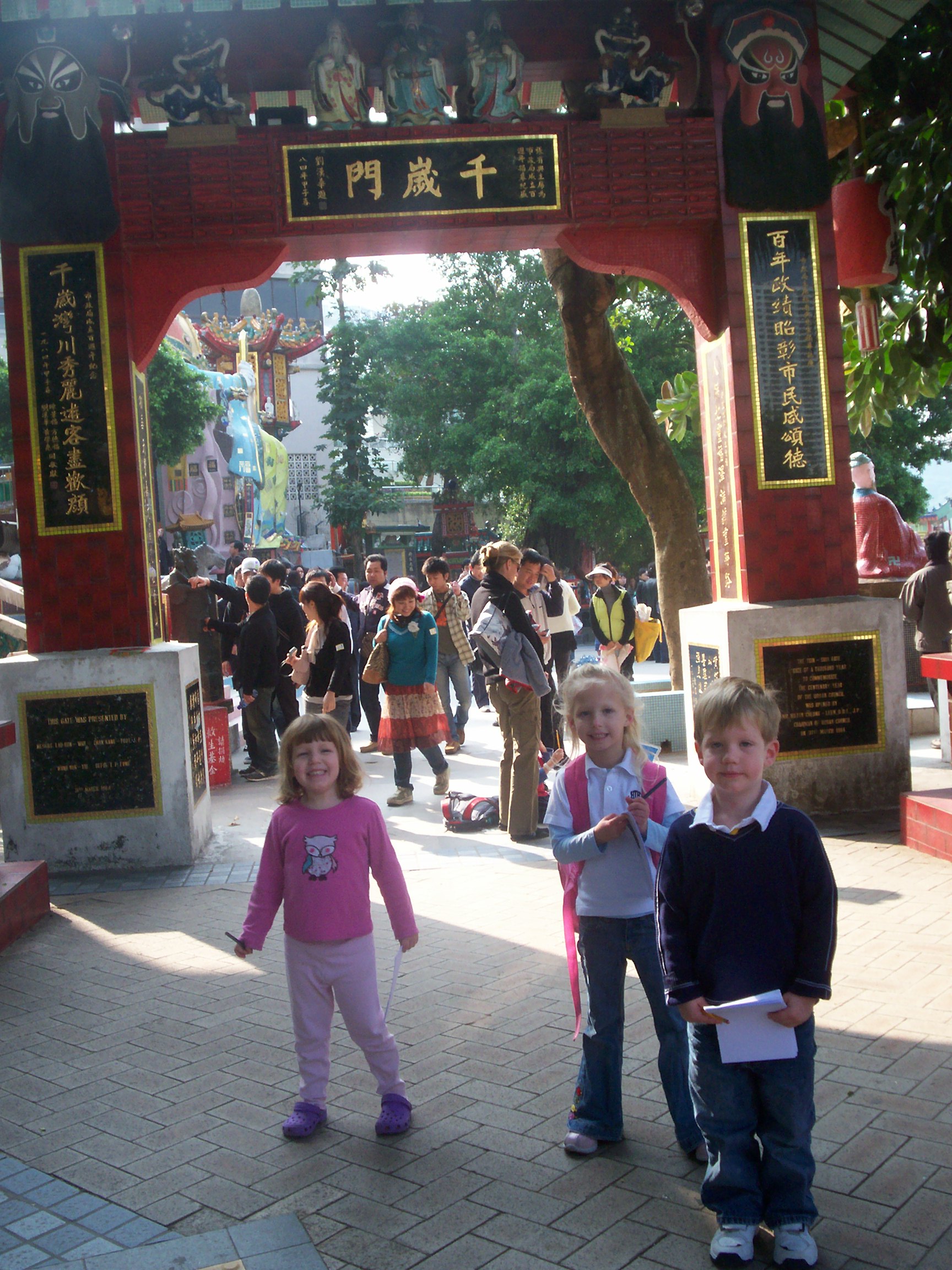 Not only were the kids fearless when it came to looking out the very high windows with no screens, but they were also fearless when it came to speaking Chinese. At some point early on, we said they could get something if they asked for it in Chinese. I remember our oldest (about six then) telling us she wanted ice cream for breakfast at a hotel in Beijing. My husband said she could have it if she could make herself understood. She promptly called the waiter over and asked for chocolate ice cream in Chinese, which was delivered! A little real-life learning by way of dessert! Before too long, everyone was ordering fresh juice from a stall in the market, corn on the cob from a guy on the corner, and slushies from the convenience store.

In Hong Kong, everything was new and exciting. We loved the beautiful holidays and had fun learning many new customs. We loved having a picnic on the beach at Mid-Autumn Festival and staring up at the rabbit in the moon. We loved being invited to meals at Lunar New Year and passing out lai see, red envelopes with money and candy, to friends. The Dragon Boat Festival in June took place very near where we lived. I personally think the excitement of the dragon boat races has led one of our daughters to join the crew team in college! 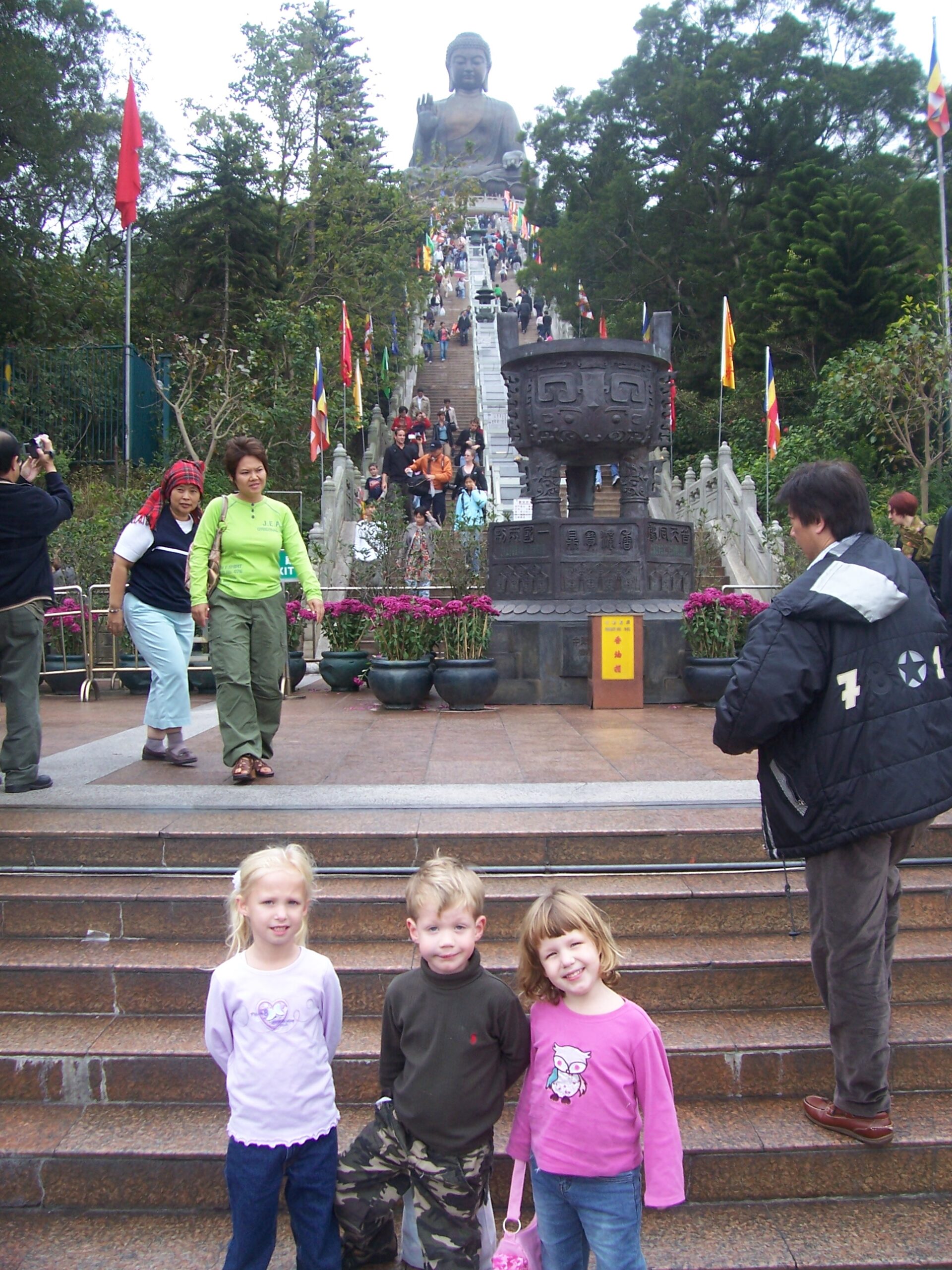 When we left Hong Kong for Europe, our kids kept studying Chinese. We hired a tutor and took the kids to Chinese Saturday School in Munich with other expat Chinese children. Our kids acted as guides for expat Chinese kids when they showed up at our new international school. I think their partial understanding of Chinese culture and daily life helped them be good friends to new kids from China, perhaps even more so than their language skills.

Now my kids are in college. No one is studying Chinese, though two are studying German, and one took Hieroglyphics and is starting Spanish. More than the actual languages, I hope my kids maintain an interest in others and try to engage, communicate, and learn from the world around them. Language is just the start!

Photos are of my kids in Hong Kong around 2007.

Albie Ashbrook is an American who lived and worked in Ukraine, Romania, Hong Kong, and Germany. She first worked in international development and is currently an Assistant Library Director in New Jersey.

(For more information about the Chinese language and children’s books, check out our previous blog post here.)