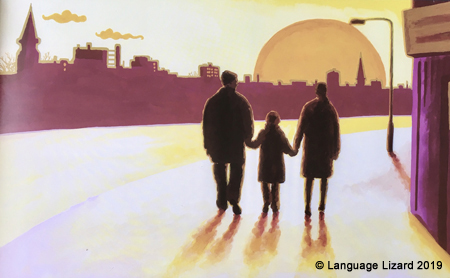 Want your child to learn a second language, but wondering if it will be worth the time and effort? Kids’ schedules are already full of school and extracurricular activities, so parents must be selective when taking on anything new. Read on for some compelling reasons why bilingualism is definitely worth the effort.

Researchers have found that babies from bilingual homes have greater cognitive abilities, specifically with what’s known as “attentional control.” This difference occurs even when they’re too young to speak. Babies from bilingual households appear to be better than their monolingual peers at learning and anticipating new patterns.

Young bilingual children have also been shown to have greater fundamental social and emotional skills that evolve from their attentiveness to social cues when multiple languages are spoken at home.

Infants are very open to learning new languages, especially when there is a lot of interactive dialogue between baby and caregiver(s). Studies show that the more back-and-forth interaction young kids are exposed to, the greater the academic and cognitive outcomes they have later, during school-age years. This type of interactive dialogue, in the form of playtime or when reading bilingual baby books together, is also quality bonding time, with huge emotional and psychological benefits for babies and parents.

For young dual language learners (DLLs) who speak the non-majority language at home, it is important to stress the benefits of bilingualism early on.  Even before entering school, framing bilingualism as an asset – and not a liability – gives young DLLs a boost when they enter kindergarten. When DLLs are given support in their home language during preschool years, they perform better across all academic and social measures after they enter elementary school.

Across the country, more schools are embracing fluency in multiple languages by offering a special award called the “Seal of Biliteracy” that recognizes the hard work of becoming biliterate. Students who earn the Seal are more attractive to colleges and employers, leading to positive effects on earning potential over their lifetimes.

According to the US Census, about 25% of Americans can converse in a second language. Compare that number to the 50% of people globally who are bilingual or multilingual. In some parts of Europe, that figure is actually closer to 100%.

From a strictly practical perspective, being a nation of monolinguals puts us at a disadvantage, not just in terms of the world economy, but in terms of our national security as well. It’s imperative that we have citizens who can clearly communicate with business and political leaders from around the world.

Not only that, bilingualism helps to bridge the divide across cultures and nations. Speaking other languages makes us better global citizens. At a time when tensions among countries and cultures runs high, knowing the language of another group of people is one of the best ways to understand their perspective, and find common ground.

For families who have recently immigrated, maintaining the home language is a way to connect younger generations to their families’ history and culture.

Studies have found that bilingual people are better at multitasking. Because their brains have a more robust executive control system (from switching off the language that is not needed), bilinguals are generally better at tuning out distractions, allowing them to focus on what is most relevant at any given moment.

Researchers have also found evidence that speaking more than one language can delay the onset of dementia in Alzheimer’s patients by as many as 5 years.

These are just a few of the many amazing benefits of bilingualism. And the great news is, experts say you don’t have to achieve full fluency before you begin experiencing them. So sweep those hesitations aside, and set out on your language learning journey!

4 thoughts on “The Many Benefits of Bilingualism”