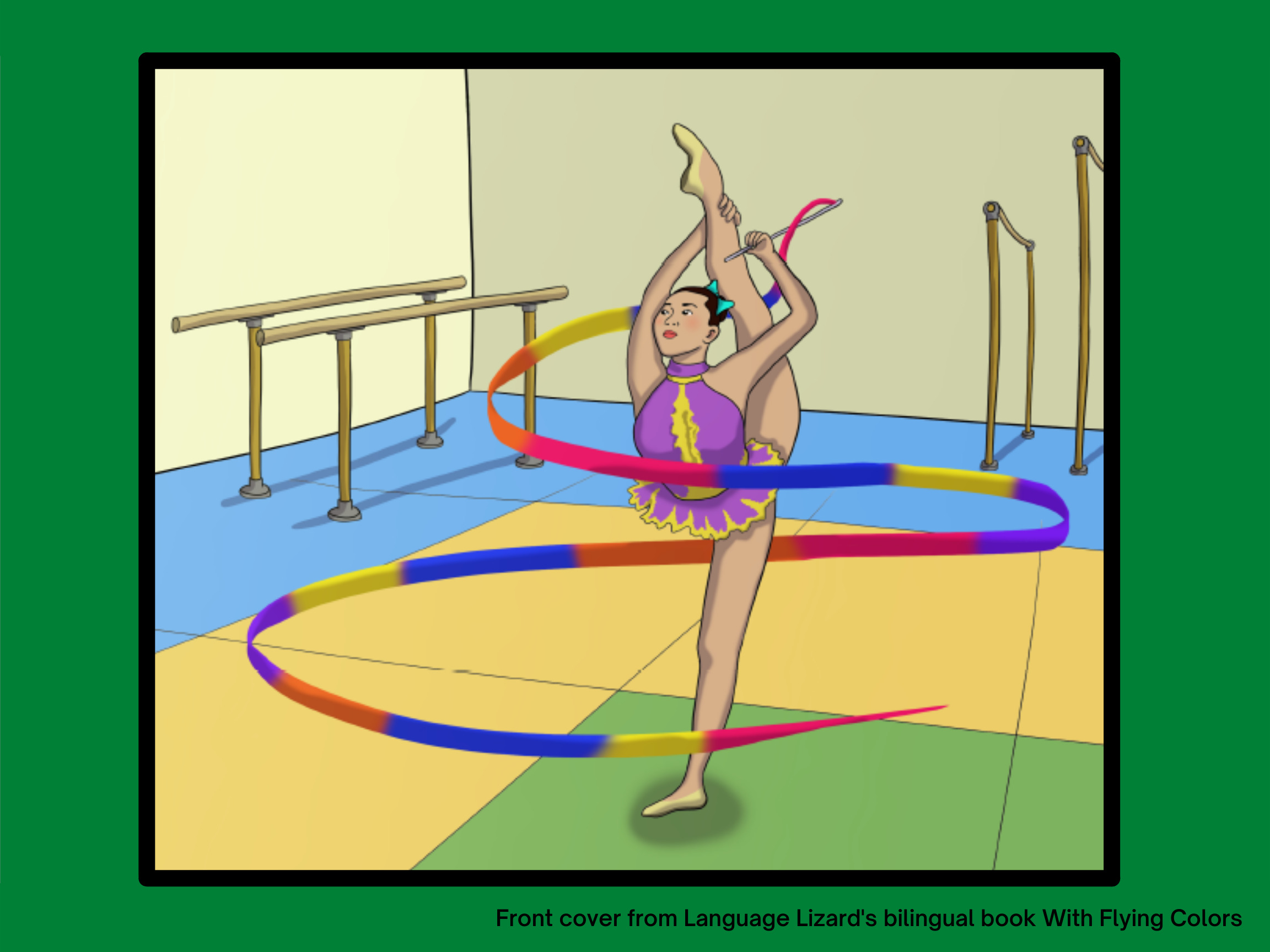 At Language Lizard, we have talked about using music to help children learn languages and different multicultural games for kids to try, but today we start a new blog series about movement. This is the first in a series of interview posts with Anamaría Amador, a bilingual expert in creative movement.

This month, between September 15th and October 15th, we celebrate National Hispanic Heritage Month in the United States. The focus of this event is to “recognize the achievements and contributions of Hispanic American champions who have inspired others to achieve success.” With that in mind, I looked to my colleagues at Teachers College, Columbia University who have inspired me as well as their students.

In the fall of 2019, I had the opportunity to work with Anamaría Amador, MA, MFA, EdM candidate, at the Teachers College Community School (TCCS). Back in 2017, Anamaría received a Zankel Fellowship in Small Kids in Physical Activity (SKIP) at the Columbia University Early Head Start. Following that award, she taught the after school movement class at TCCS’s Lower School. I supported her as a teaching assistant and learned more about how to develop creative movement in young learners.

She became an inspiration to me and when I thought about who I would like to recognize during National Hispanic Heritage Month, I could think of no one but Anamaría. The following is the first part of my interview* with Anamaría where we discuss her teaching background, passion for movement development in young learners, and her role models.

An Interview with Anamaría Amador: Part 1

Carol Felicio (CF): Could I get a little background information about you and how you came to work and study at Teachers College?

I’ve been a dancer for almost my entire life. When I started my Bachelors in Psychology at the University of Puerto Rico, I was already dancing professionally in different companies. It was very interesting that throughout my training I started receiving mind/body or a mindfulness type of training related to dance. A lot of the somatic work also involved dance training. I was very much in an environment where I could do some sort of interdisciplinary exchange of knowledge. While doing my Bachelors in Psychology, I was very interested in either dance therapy or the use of the body in therapy.

During my Bachelors, I spent one year in New York as an exchange student at Hunter College at the City University of New York. I came to New York City for the first time to live for one year in 1999. Then, I took classes in psychology and anthropology and the different things I needed to take for my major, but I also took some dance classes. I took classes with a professor that was involved in the dance therapy world. It was nice because I was able to combine the psychological process with the creative process.

CF: What happened after you completed your Bachelors?

AA: After I finished my Bachelors, I spent one year doing a certificate in English grammar that was driven towards bilingual work. Then, I choreographed, travelled, and I did a couple of things before doing my MFA in Dance. I was already so involved in dance for so many years and I already had a career, so I decided to just get the MFA. I started teaching creative movement for children, and that had actually started when I was 18. Because I was dancing for a company and they needed a young person to teach the children in the morning, so they trained me. I started doing the creative movement back then.

It was a great experience. I learned about Anne Green Gilbert and the approach for the class was always developmental. After that I also taught at a community school that was more like an arts program after school for children, but it was more like a conservatory place. It was very serious. They would go to their classes dressed up in dance clothing and all of that. I worked with them for a couple of years and I was trying to do with them some of the elements of dance therapy and also developmental movement, creative movement, etc.

*This interview has been shortened for clarity.

Tune in next week for the second post in this series. Tell us below how you use movement with your students! Do you incorporate creative movement during story time?