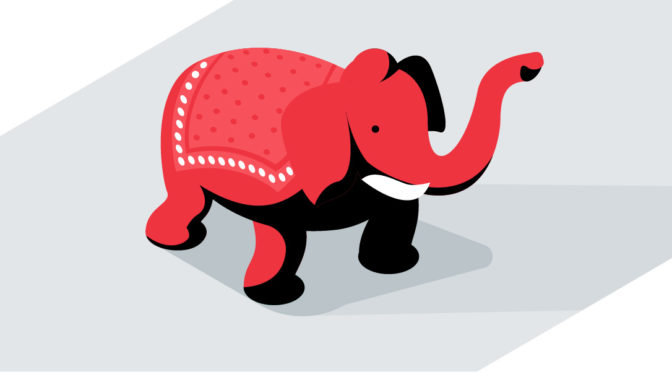 Have you ever picked up a lucky penny? Or rubbed a rabbit’s foot for good luck? Cultures around the world have different lucky charms. Even if you don’t consider yourself to be a superstitious person, you may have “knocked on wood” after making a statement, or felt the urge to toss salt over your shoulder after it was spilled.

Whether you believe in good luck or not, here are a few lucky charms from around the world. The reasons behind them might be compelling enough to make you a talisman collector, too.

Long before acorns were considered good luck, they were associated with magic between two witches. When passing each other in the woods, witches would hand each other acorns to let one another know who they were and that they were safe in one another’s company.

As a good luck symbol, acorns are said to protect one’s health. Carrying an acorn is believed to protect from illnesses, aches, and other pains. If you’re already ill, it is said to speed up the healing process and alleviate any pain.

This Italian horn known as “cornicello” has been used since ancient times to ward off the evil eye. It is still a common good luck symbol in Italy and is often worn by nursing mothers and pregnant woman. It was also used to maintain happiness in marriage, as many believe the evil eye can affect marriages and relationships.

The inspiration for the horn shape comes from many different sources. For some horns, the shape of a chili pepper served as inspiration. Historians differ, pointing to the African eland horn as inspiration instead. Over time, the cornicello has become more stylized and can appear in many different shapes, some of which no longer even look like a horn.

Dala, or Dalecarlian, horses were first carved hundreds of years ago as a Swedish pastime. Horses were considered a holy animal, so many Swedes would use scraps from wooden furniture and other projects to craft horse figurines.

Today, the horse is also a symbol of good luck. Dala horses are often quite costly, so many people will buy unpainted ones and add the art themselves. Typical colors are red, white, or green, and in addition to good luck, the horse is thought to bring strength and dignity. It is also recognized as the unofficial symbol of Sweden.

The Chippewa Native American dream catcher is used for those with trouble sleeping, specifically those with nightmares. When the person is asleep, the dreamcatcher is said to trap all the nightmares of the sleeper, to bestow good luck, and allow good dreams to flow freely.

Legend has it that when the sun rises, the bad dreams caught in the dream catcher dissolve, as they cannot survive daylight. The Chippewa, or Ojibwa, Native Americans designed these dream catchers to help protect their children. The tradition is associated with the Asibikaashi, or Spider Woman, a woman from Ojibwa legend who was a caretaker of all children.

Elephants as a symbol for good luck are common all over Asia, but they are especially prominent in India and Thailand. They symbolize strength, power, stability, and wisdom. Many people believe that an elephant facing your door will bring good luck into your home. As a result, many business owners in Asia will place elephants in the entrance of their shops for good luck.

The odds of finding a four-leaf clover is allegedly 1 in 10,000, which is why it’s considered so lucky. The four sides symbolize faith, hope, luck, and love, and anyone who finds it is said to have great fortune that day.

One Christian legend claims that Eve took a four-leaf clover with her after being banished from Paradise to remind her of it. Four is also considered a masculine number and relates to the four sides of the cross, so some believe that the four-leaf clover is a piece of Paradise or the Garden of Eden.

The Hamsa Hand, or Khamsa, is common in both Jewish and Muslim communities as a sign of good luck. This charm can be worn with the hand facing up or down. It is said to protect people from negative energy and bring happiness to the beholder.

Depending on the culture and community, the symbol of the hand bears different meanings. The word “hamsa” references the number five in Hebrew and is said to symbolize the five books of the Torah: Genesis, Exodus, Leviticus, Numbers, and Deuteronomy. In Islam, the five fingers are associated with the Five Pillars of Islam. The eye on the hand represents an eye that sees everything and watches out for the beholder.

A famous feng shui charm, the jin chan, or “Golden Toad,” is popular in China as a symbol of luck and success. The frog is said to appear during a full moon, bearing good fortune and warding off any bad news. With only three legs, sitting in a pile of coins with a coin in its mouth, this frog can be traced back to Chinese legends.

According to legend, Daoist God Liu Hai encountered a fox he wanted to save and transform into a beautiful woman who would help him become a god. For this to occur, he needed to trick a frog into going into a well, and did so successfully. He used the frog’s power, and now Jin Chan is supposed to be Liu Hai.

The Maneki Neko cat statue is characterized by its waving paw. “Neko” means cat in Japanese, and “maneki” means beckoning. If the left paw is raised, it’s believed that the cat will attract customers and bring good business to shop owners. If the right paw is raised, it’s believed to attract money and prosperity, making it the more common Maneki Neko style.

Milagros, which translates to mean “miracle” in Spanish, are small religious charms depicting angels, crosses, arms, legs, animals, and other subjects. They are often nailed to a cross or other religious object or carried in one’s pocket for good luck.

Each subject carries a different meaning. Milagros are often used with the institution known as manda, where a person asks for a favor from a saint. Upon doing so, they will then leave a milagro at a shrine of the saint they have asked a favor for.

The Nazar, or evil eye, is an amulet for protection against those without good intentions. The origin of the Nazar hails from Turkey and its neighboring countries. Unlike the Hamsa, the Nazar has no religious significance. Because of this, it has become popular in countries all over the world.

In Turkey, the Nazar is usually a beaded, blue jewel that is worn or used on personal items for protection. Though its meaning has been adapted to different cultures, it is frequently associated with protection from the evil eye, a malevolent glare from an onlooker.

A piece of yarn links Rintintin and Nenette and should not be broken. Additionally, people believed that the good luck charms should never be purchased, only given, or they would lose their protective powers.

“Glücksschwein” is a German expression that translates to “lucky pig.” In Germany, pigs are associated with fertility and good luck. They are often featured on cards expressing best wishes, especially around New Year. They can also be found in candy and there are treats shaped like pigs all over Northern Europe. Norway and Sweden also have phrases that translate to “lucky pig.”

Another common association with pigs is wealth. People all over the world store coins in piggy banks to attract future wealth and protect their earnings.

A pysanka is an Easter egg decorated with intricate designs using a wax-resist method. Ukrainians have been decorating these eggs for many generations. They represent health, fertility, love, and wealth.

As times have changed, interpretations of the pysanky decor have evolved. Many symbols, such as the fish and cross, are now interpreted through the lens of Christianity. In pre-Christian times, a fish signified a plentiful catch, but it has since become commonly associated with Christ, the fisher of men. Despite this evolution in meaning, the designs themselves still emulate the pre-Christian era.

The scarab beetle as a good luck charm dates all the way back to 2345 B.C. The amulet of this beetle represented new creation and eternal life, and is associated with the Egyptian God of the Rising Sun, Khepri.

This good luck charm first emerged in Ancient Egypt.  Egyptians observing the scarab witnessed it roll dung across the ground and associated this with the sun’s journey across the sky. The scarab would also lay its eggs in the bodies of dead animals, something the Egyptians connected with life being created from dead matter.

Unlike many of the other good luck charms you’ll find around the world, Guatemalan worry dolls are created to help someone fall asleep. They are particularly popular with children, though they are a common gift for anyone with mild anxiety who is struggling to fall asleep or who needs luck getting a good night’s rest.

As they are getting ready to fall asleep, the person holds the doll and tells it their troubles. The worries are then passed on to the doll and away from the person. However, some believe each doll can only manage one trouble at a time. For additional worries or fears, the person needs additional dolls.

We’ve created a visual with our favorite good luck charms. Next time you visit another country, be on the lookout for one of these good luck charms—and consider bringing along one of your own. It never hurts to trade a bit of good luck with a stranger, even if it’s just a lucky coin for them to carry in their pocket.

This article was adapted, with permission, from one originally posted on invaluable’s website.

This post was shared on the Creative Kids Culture Blog Hop, a place where bloggers can share multicultural activities, crafts, recipes, and musings for our creative kids.